These stickers were available during the 1966 World Cup when the competition was last held in the UK.  You might remember that we also won the cup that year!

I always thought they were issued with those little slabs of pink bubble gum (Anglo-American?) but have also heard they may have been issued in perforated strips by one of the national newspapers at the time.  Recently (Jun 06) I've had an e-mail saying they were issued in a set of 50 by A&BC.  Unfortunately they don't have any markings on them to verify their origin and I've never come across them in a catalogue.  If you have any information on where I can find some reference to them please e-mail me.
Anyway, below are 3 graphics which constitute all that I had (I sold them all in Dec 2000), some 41 of them, they may take a while to download as I've scanned them in at a good resolution but they're worth every second of the wait - enjoy! 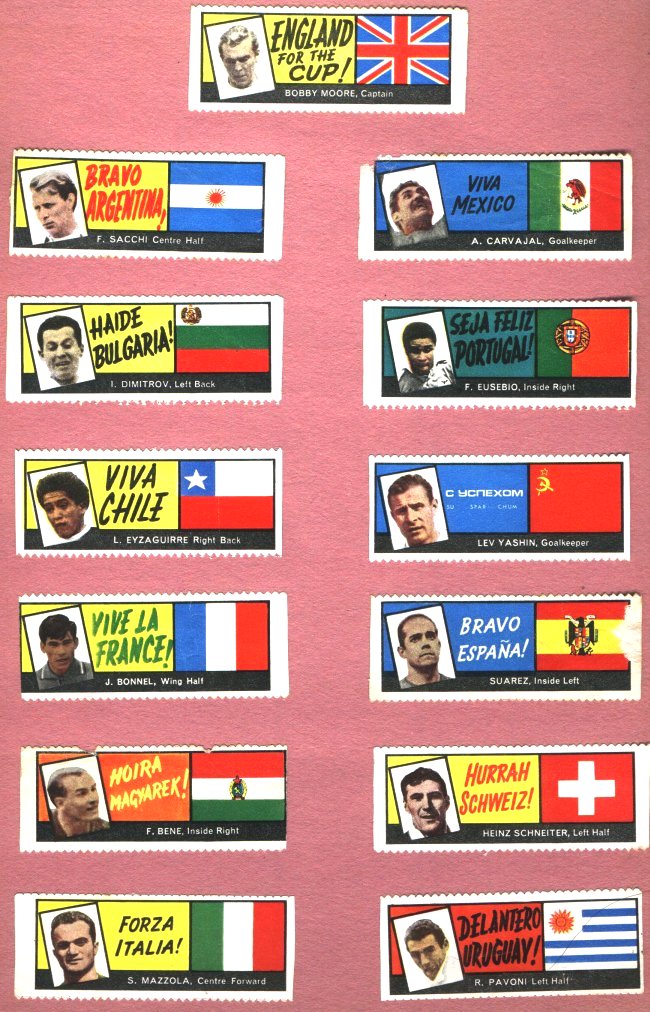 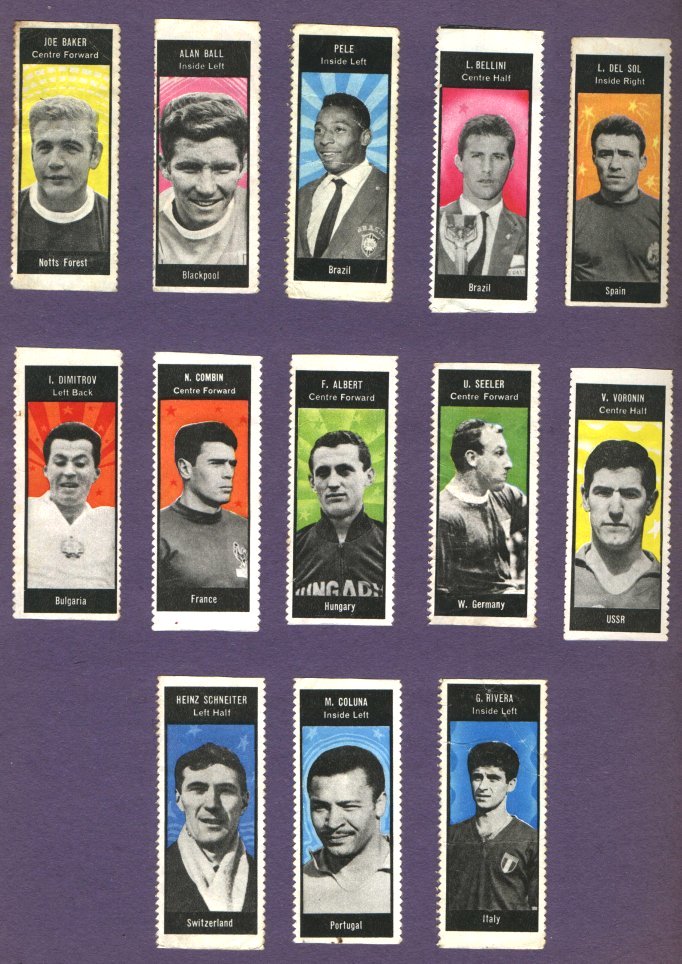 Back to My Home Page